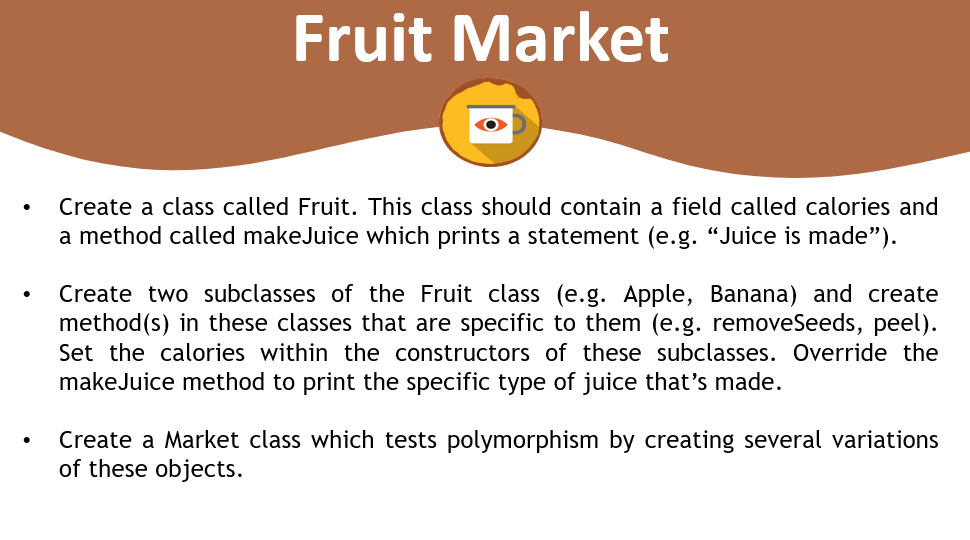 For your optional assignment for this chapter, create a class called Fruit.

This class should contain a field called calories and a method called makeJuice(), which prints a statement — something like “juice is made” - just something generic.

Then create two subclasses of the Fruit class. For example, you can do Apple and Banana, or Orange and Lemon, whatever you would like to do.

And then set the calories within the constructors of these subclasses.

Override the makeJuice() method to print the specific type of juice that's going to be made.

And then finally create a Market class which tests polymorphism by creating several variations of these objects.