To practice what you’ve learned in this chapter, here is an exercise for you to try on your own. 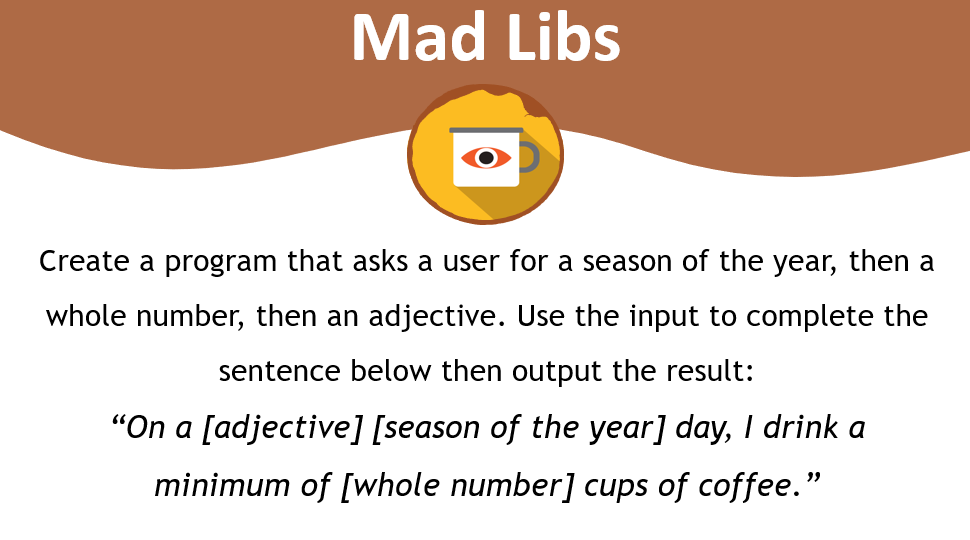 Create a program that asks a user for a season of the year, then a whole number, then an adjective. And use the input to complete the sentence below. Output the result.