I have one final exercise for you. Consider it as a final project. It's exercising a lot of the things that we've learned throughout this course. Of course, it's optional, but I strongly encourage you to do it.

You're going to create an object-oriented coin toss game — this project will consist of three classes.

The first class is Coin. 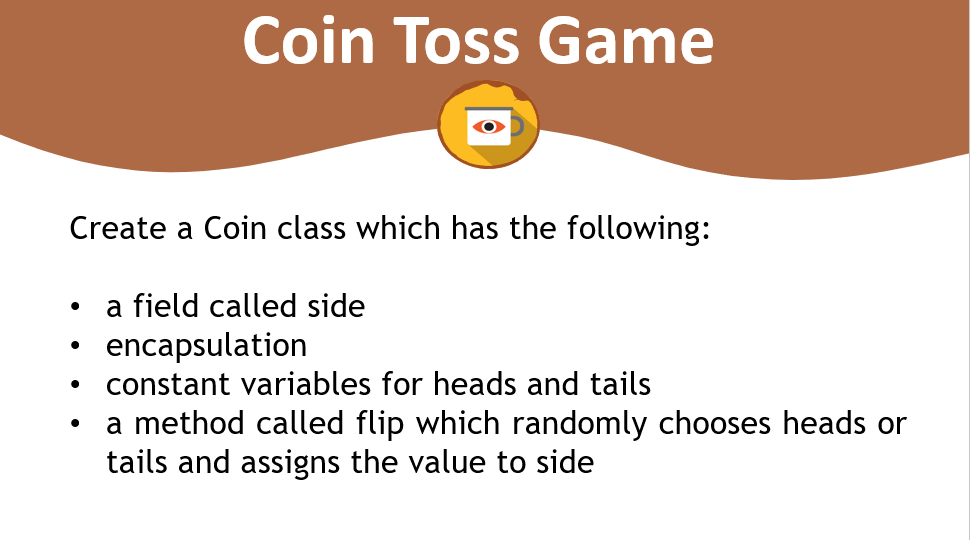 It should contain a field called side, encapsulation, constant variables for heads and tails, a method called flip(), which randomly chooses heads or tails and assigns that value to side.

Your second class will be one called Player. 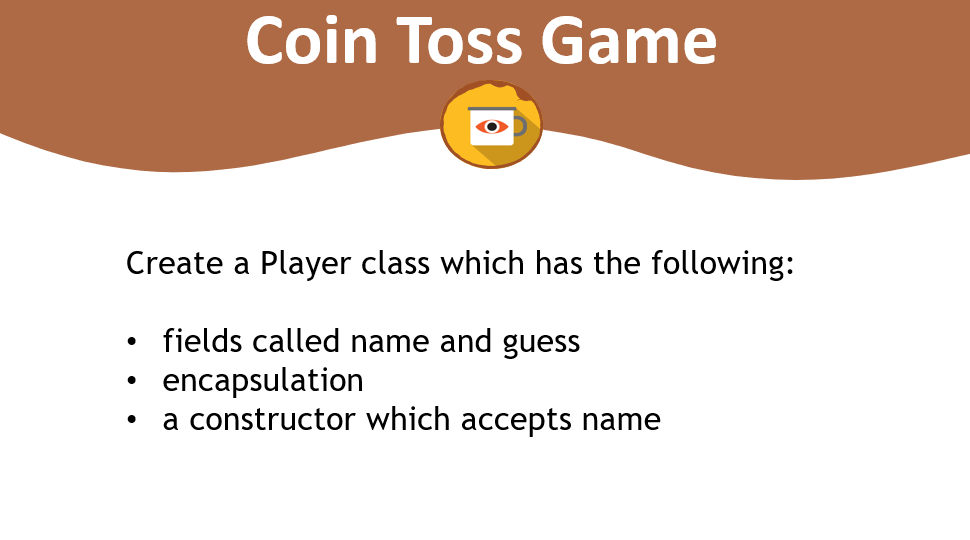 This one will have fields called name and guess.

You'll also have encapsulation in Player, and then add a constructor which accepts a player's name.

Finally, the third class will be one called CoinTossGame — which creates two players. 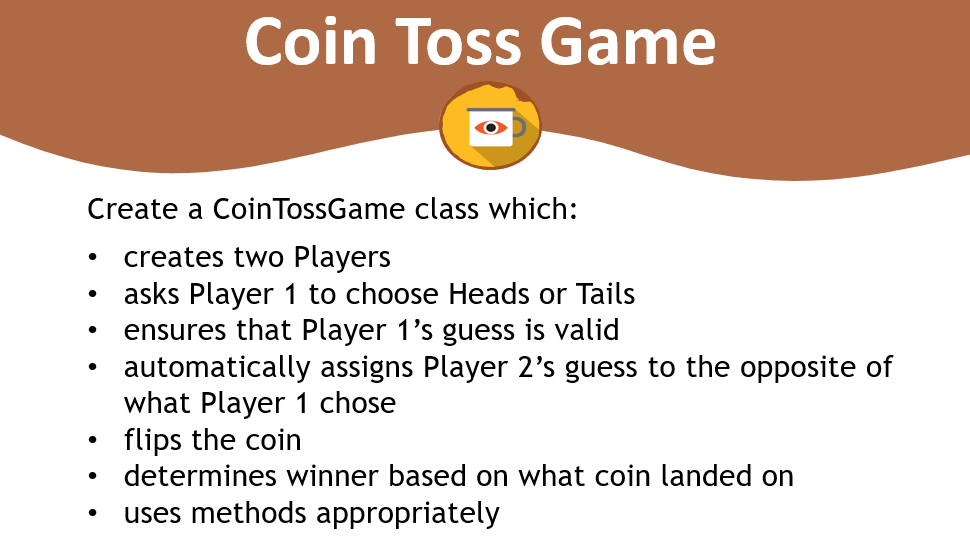 It asks player 1 to choose heads or tails, and ensures that player 1’s guess is valid.

Don't move on until player 1 actually has a valid guess.

Then, automatically assign player 2’s guess to the opposite of what player 1 chose.

Also, be sure to use methods appropriately in this class.