Here is your optional exercise for this chapter. We want to redo the phone bill calculator to use object-oriented approach this time. 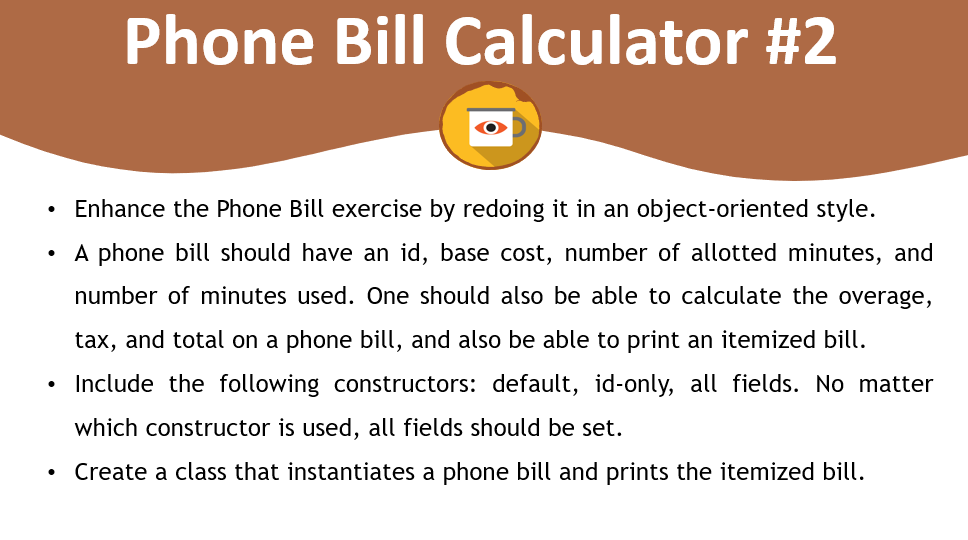 And then, it should also be able to print an itemized bill.

You should also include three constructors

Now no matter which of these constructors you use, all fields should be set eventually.

Then you can also create a different class that instantiates the PhoneBill and prints out an itemized bill.